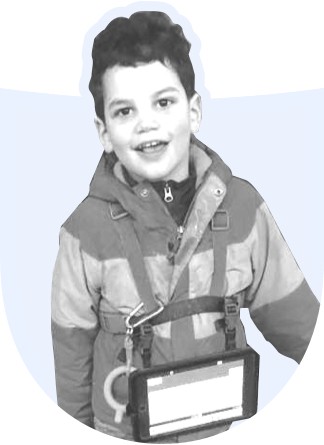 Angel Voices: An AAC Community
Angel Voices is a group for children with Angelman Syndrome who are learning to communicate using Augmentative and Alternative Communication or AAC. Groups are designed so that parents act as communication partners and assistants during the session, providing support and modeling of the communication system. Groups generally include singing/music, a story and a related activity (usually a craft or game) and a writing activity. The focus is on providing emergent to independent communicators with opportunities to use their AAC systems during motivating activities while offering a chance to meet other children who also communicate through AAC. It's been amazing to watch the kids learn and grow. In 2018 Angel Voices added community outings that proved to be highly motivating and rewarding for the emerging communicators.
Community spotlight on Jabber Jas Harness
Desiree de Los Angeles is owner of Angeles Designs, makers of Jabber Jas harness. After looking for a harness for her daughter’s communication device, Desiree felt frustrated with the existing options on the market. Nothing seemed remotely durable enough to meet the demands of being worn daily by an individual with Angelman Syndrome. She also wanted something that would look cute and still be functional. So she decided to create her own harness and name it after her daughter Jasmine.

The harness quickly became a favorite in the Angelman Syndrome community. Now Jabber Jas is being worn by AAC users and communication partners all over the world.

“Wearing a harness has been essential to our daughter’s communication development. It helps us make sure that AAC is always available which is absolutely crucial. I never have to worry about the ipad being left behind when we are on the go. Wearing her device fosters more communication opportunities and leaves my daughter’s busy hands free to explore her world.” 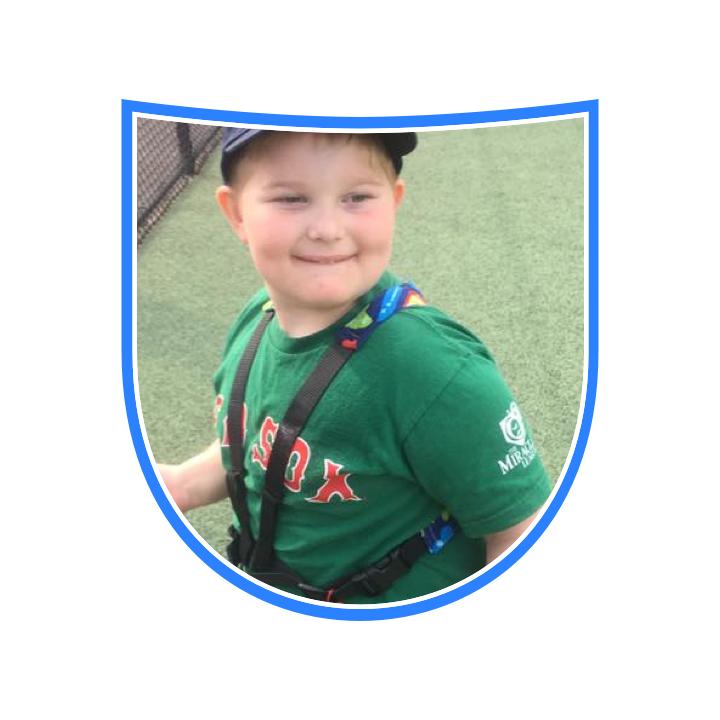 MEET OWEN
This is Owen. Owen is eight years old and is fully included in his local elementary school. He has Angelman Syndrome. Owen has been attending monthly gatherings of AAC users and receives biweekly in-home AAC consultation, in addition to speech, occupational and physical therapy at school. A year and a half ago he jumped from the custom communication vocabulary on his iPad mini to the full 60 button vocabulary in Proloquo2Go. It was a big move and took lots of practice for his entire team but he is doing really well. At the moment he is enjoying the addition of the button, "Who farted?" on his greetings page! He has also learned many early reading skills and is on his way to literacy. Owen loves music, from children's music to pop music. He particularly loves swimming, fire engines and keeping his hands busy with toy cars, or cutting and gluing paper, or stickers or making crafts. This year Owen went to AAC Family Camp for the first time and had a blast!
MEET SAMANTHA
Samantha has Angelman Syndrome and is deletion positive. She navigates her PODD communication app like a champion, letting us know what she is thinking, bossing around Alexa and everyone else, demanding hugs and food and the Cha Cha Slide. Everyone is so proud of this girl! After seven years of being stuck on the same PECS goal she has spent the past three and a half years surpassing everyone's expectations about her communication and cognitive powers! In addition, she has learned how to use language on her PODD to regulate herself and get what she needs with words instead of acting out. She is a real tribute to the power of AAC as an intervention for challenging behaviors. 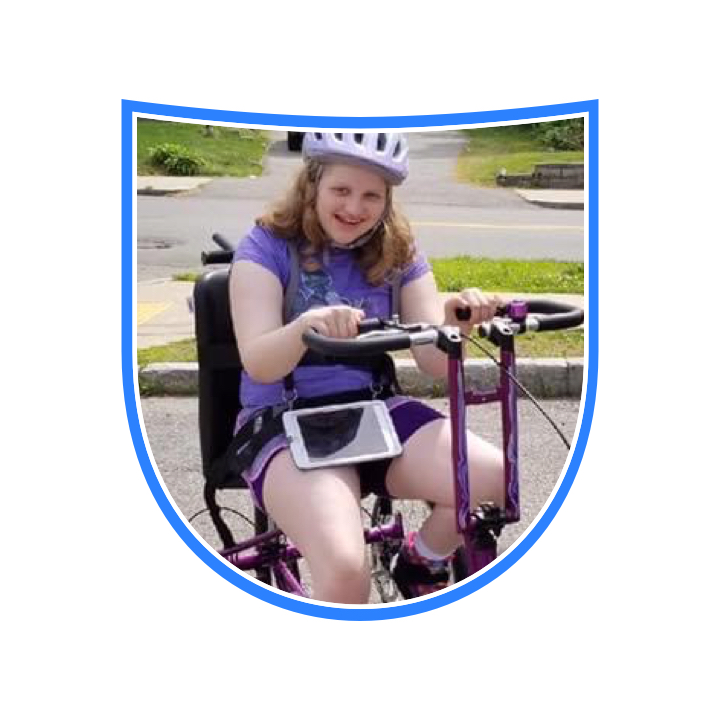